After a dreadful end to an abysmal season, let’s have a look at how the dominos fell. Breaking down everything from games played, and goals scored, to the rate of possession. Having a view inside stats will help better understand who stood out. Also, it will highlight the weaknesses & areas of improvement that need to be addressed. Out of a total of 34 games played, United ended with a 7-6-21 record finishing at bottom of the table. Furthermore, this equates to a measly 20% win rate, well below average. In addition, DC’s defense coughed up 71 goals, conceding over 2 goals per game. To sum it up, the defense couldn’t stop a runny nose, in the wintertime, in the heart of Russia. 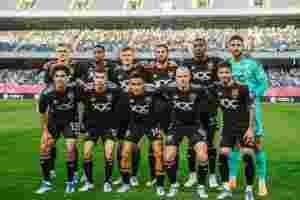 On the other hand, there are reasons to believe in a turnaround. Rooney is expected to convince the owners to invest in players. Players that fit the bill of what he’s looking for, will do wonders for the team. Already trying to establish a possession-based system, DC United finished with a nearly 50% possession rate. Furthermore, the club’s pass success rate was almost 80% which shows signs of identity.

Replacing Julian Gressel is a key piece of rebuilding the squad as he finished as the teams leading assist man (7) despite joining the Vancouver Whitecaps. Christain Benteke should light up the charts with a proper creative midfielder delivering opportunities. Taxi Fountas finished as the leading goal scorer (12) & will be absolutely crucial to creating chances on the attacking front. Being lethal in front of goal was a major problem for United, scoring only 36 goals all season. A below-average goal conversion rate of 14% along with an 85 min per goal return will not cut it moving forward.

In addition, the club will need to find reinforcements in the form of experience and depth. Veteran Ola Kamara is out of contract at the end of December 2022. His 9 goals scored & 30 games played both ranked 2nd on the team. Finally, club captain Steven Birnbaum was truly an iron man all season. Playing 32 out of 34 games, Birnbaum also ranked 1st in the most minutes logged (2850). Ole reliable will most likely return next year in the same position, but hopefully this time with a stronger backline.

Despite one of their worst finishes of all time, the club’s rebuild has already started. With additions like Ravel Morrison & David Ochoa, the club has shown ambition to invest. Rooney will implement his tactics further, most likely reverting to either a 4-3-2-1 or 4-3-3. It won’t be immediate, however, DC United will be back stronger next year. Experience and quality will be the keys to launching a successful turnaround. The club has only one direction to go from here, so brace for an exciting 2022-2023 season!

Players to Watch Next Season