Thursday, February 2nd, 2023
THE LATEST
Home D.C. United DC United Are One of the Internet’s Least Favorite Teams in the MLS

A new report from Betway reveals the most popular MLS teams around the US.

Charlotte FC is identified as the most loved MLS team in the league, with DC United coming in at 6th from the bottom.

New York City FC is the most followed team having over 3 million followers across all social media platforms.

Major league sports leagues are followed by millions of dedicated fans across America, whether it’s NFL, NBA, MLB, NHL, or MLS. But which teams are the most loved around the US, and which has the most significant reach on social media?

A new report from Betway reveals the most popular MLS teams across the US. Through social listening, all major league teams were analyzed to highlight the ones with the most positive online sentiment throughout the last 12 months.

Additionally, through analyzing social media data, Betway has created a social media power ranking, giving the teams with a voice something to shout about.

DC United Are Trailing Behind Most of the League.

Whilst DC United once had a world soccer icon like Wayne Rooney on the team sheet, they have clearly fallen out of favor with MLS fans as they rank as one of the lowest teams in the league when it comes to online popularity at 24th place overall.

The newly founded team, Charlotte FC, owned by the Carolina Panthers owner David Pepper kicked off its first season in the MLS and began to play in 2022 as the league’s 28th franchise. It may not come as a surprise that it is the most loved team on social media, having a 20.2% positive online sentiment.

FC Cincinnati comes in joint second with Austin FC, with a likeability score of 17.1%. LA Galaxy, which has homed legends such as Zlatan Ibrahimović and David Beckham, comes in 3rd joint with the New York Red Bulls.

The table below ranks the MLS teams based on popularity:

LA Galaxy, who homed David Beckham from 2007 to 2012, put the MLS on the map, and the team sits in second place with a massive Instagram total following of 2.8 million. The team has also been utilizing TikTok more than its rivals, with an impressive 800k following.

To determine the teams with the most positive online sentiment, we used the Linkfluence social listening tool that crawls data on mentions across the internet from the past 12 months.

From then, we ranked the teams based on who’s most positively talked about online. 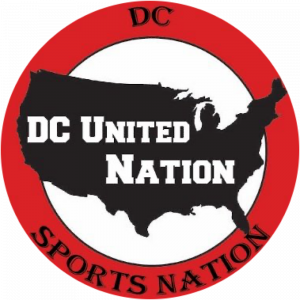