Thursday, February 2nd, 2023
THE LATEST
Home Nationals The Nationals By The Numbers: It Isn’t All Bad

As expected, it has not been a good start to the season for the Washington Nationals, as they’ve lost 13 of their first 19 games.

There have been some individual highlights to take note of, which we’ve included here, but there are also some lowlights we have to point out, if only because some of them are pretty unique.

All statistics below were updated entering play on April 27.

The Washington Nationals: Early-Season Numbers That Stand Out

Some Guys Are Worth The Price of Admission

Juan Soto leads Major League Baseball in walks with 18 and has reached base safely in 15 of his first 19 games this season. Soto is also five doubles away from 100 in his career. We will be keeping track of many milestones throughout the years ahead.

Soto is also the premier offensive player in fantasy baseball leagues, but to stay on that perch, he will need some of his teammates to get on base ahead of him. Soto has just three RBIs so far, all on solo home runs.

Keibert Ruiz is already providing a lot of hope for the future while also faring very well in the present. He has four multi-hit outings in his last five games and is third in the National League with seven multi-hit outings. He has hit .444 during that span, with eight hits in 18 at-bats. Ruiz is already in lofty territory among National League catchers.

He has 16 hits so far this year, and only J.T. Realmuto has more with 20. His 10.2 strikeout rate is the fifth-best in the National League. Ruiz is just 23 years old, but he is already looking like a seasoned hitter.

Yadiel Hernandez has hit .353 with six RBIs, and three runs scored and has hit safely in eight of his 11 games. Hernandez is frequently playing in left field after popping onto the radar last season when he took advantage of his opportunities to see additional playing time.

Hernandez has been moved into the No. 5 spot in the Washington batting order.

Cesar Hernandez is tied for seventh in the National League with 20 hits so far this season and has hit safely in 15 of 19 games. Hernandez is a “glue guy” who is respected for his solid veteran presence in the lineup.

The Nationals are not going to win a lot of games this season, but Hernandez will ensure that they can play competitively in many games and won’t be a full-on embarrassment.

Josh Bell continues to be a rock in the Nationals lineup. There were trade rumors surrounding him in the offseason, but Washington held onto him. He has struck out just three times in 49 plate appearances since April 12, has hit safely in 14 of 19 games, and ranks second in the National League with a .449 OBP.

The Nationals’ bullpen has been very effective in punching out opposing batters. Washington’s relievers have accumulated 80 strikeouts, which is second-best in the National League.

The relievers have been very busy, as their 82.1 innings logged are second in MLB. Victor Arano is second among National League relievers with 14 strikeouts.

Working With a Lead

The Nationals are 5-0 when they have led after seven innings and are 6-0 in games where they’ve led after eight. Tanner Rainey has become an effective closer, notching three saves with no runs allowed in his first five innings pitched this season.

Down On the Farm And Negative MLB Trends

While the big league club may struggle this season, there is some hope flowing from the minor leagues. The Nationals’ minor league affiliates have a 40-25 record, which is the second-best mark among Major League teams.

The Double-A Harrisburg Senators are 10-5, and the Single-A Fredricksburg Nationals are 12-4 and on a six-game winning streak. Both teams are in first place. Fredricksburg’s Brady House is tied for the most RBIs in the minor leagues with 23. His teammate, Jacob Young, leads the minors in runs scored with 22.

The Nationals have not defended their home turf well so far this season or given the fans much reason to cheer them on with losses in nine of their first 12 home games.

The Nationals are also not looking good when the sun goes down, as they have lost nine of 12-night games.

When the Nationals have fallen behind early, they haven’t shown much potential to come back and win. They have lost eight of 10 games in which the opposing team has scored first.

They’ve also trailed after eight innings in all of its 13 losses. 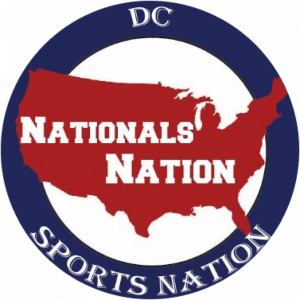